I once mused in my poetic lines. “Why is it in retrospect that many say it should have been done this way or the other way”

“Why are bad peanuts (not the best in the pack) eaten last?”

“Why do we adore epitaphs instead of being a living proof of its words?”

Pithy, you would say.

But we may not adequately deal with all the whys; particularly why things that are supposed to be done first tend to be left for later, even late. Our limitation is obvious for many reasons. But let us stimulate and perhaps puzzle out with the first question as it relates to humility. It is one of those things many pay lip service. Often relegated to later, if at all considered.

Homilies have been said about humility. Some wish they are humble. Still, many are hard put on this matter. In the same way, there is this uncanny side of mankind, always looking back and saying how I wish. Indeed, in small and big things.

‘How I wish some say for humility – the lowly road to greater heights. A first principle.

Do you realize that?

When an idea envelops the world, it creates illusion of sort in its good and acceptance. Only insight purified by evidence helps discerning hearts to tow a different path.

Are pride and arrogance not known behavioral alchemy – mix of the strong, rich powerful and of lesser mortals? There are variants though, whichever you know. Some may be admired by many around you. It could simply be – “The world is for the strong.” “Just be on top.” Ideas behind these words are open to many interpretations. But, some believe it is the winning spell in a harsh world we know. Which of these is propelling your thinking and behavior right now?

On the other hand, the world also admires and sing praises for the lowly who through humility win and evoke new paradigm for humanity. There are examples of some them in history that showed humility. Admiration for their humility and other qualities might have led to deification. But as they follow the course seen as lowly, and humble, questions were raised about their persons even their sanity. Are we not here presented with two opposing situations, that can easily confuse the best of minds?

That is why we have to put up a struggle to align with humility.

Humility may perhaps ask you again, why do men and women not usually choose me first?

It rolls you back again to humility. Often it is not easy and popular course.

Humility involves deigning. A relationship with stooping to the earth. It is lowering your spirit and head not merely in a public display. Surely it is bending down, often to an unseen and rewarding master, that prepares you for greatness and sustains when others deride it.

Be reminded again, it is a first principle.  As a child, your activities are on the ground or close to it. You learn how to greet and bow. Your upbringing at home and school teach you ‘basic humility’.  You learn how to stoop. You couch.

But as you grow, pride and arrogance, spin-off of society, start to rob off on you. You wonder about the new vortex. It appears to be the way and it appeals as it seems to be working at least for a time and for some persons.

You gradually disown the ways of years ago, you refuse to stoop. You now admire what looks like hardened stakes. Unbending becomes your choice word. You refuse to bend in humility.  But when you fail to bend in humility, you may not comfortably stand up for too long.  And if you think you do, it may be delusion.

In a sense, we forget that those who refuse to bend in humility as a way of life may figuratively speaking use their later years to learn how to bend in aerobic centers and hospitals to keep fit. They are now compelled to the basics in humility to deal with a fixation they thought was the rule of life and attainment to greater heights.

Would you not rather learn from the beginning the freedom that humility gives before getting stiff, brittle or break?

Come on, the mind moves you. Your body needs to be healthy to actually move. Identity and weigh out from your system things that are against humility. Could you adjust towards humility?

Take humility on you for what it is – the lowly way to greater heights. 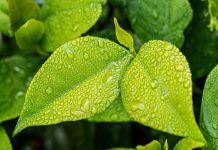