A pinnacle gives a perspective you choose. But it’s snow coating in December is never confused.

Seasons have defining characteristics. Some leaders are really talking and acting bizarre.

In a sense, it looks like saber-rattling. When these leaders are not deploying gunboats, ships, apaches, their acerbic outpourings reveal their kind. Leaving mouths agape, decency is mocked.

In their game, opponent’s next move is instigated, exposed or countered. While it lasts, stinging words, stinking remarks and sly innuendoes are spewed all over the place. You wonder what has happened to civility in the game for power and position.

Pressed, you ask, is this 21st century?

As some say here, “They overheat the polity.” “They pollute it.”

Realists would say that it is normal. After hostility comes peace. But peace is so endangered! Decency a mark of pristine relationships is sneered and trampled. Position seeking and self-interest carefully piped in national interest is what many discern.

How does the above snapshot on behavior and conduct for our youths who are learning?

You may reason that world leaders operate in a different zone. As a singer says, “they never care for us.” That is true.

But who do young people choose as models?

World leaders, business leaders, celebrities. Their activities dominate discussions of young people. They talk about their children, billion-dollar houses, jets, cars, in fact, and of course, their moves.

If you care about what they say and do, that is certainly a choice.  If you don’t, perhaps a different choice.  But your choice will not remove the nuisance they constitute and its implications and influence on our youths – that is the gist.

You therefore have to decide early how to deal with this choice.

Is a world of everything goes a helpful choice for you?  What about conscience? Is social good bereft of conscience and morality your compass? What is the basis of this choice?

A narrative from a social good enthusiast who tries to examine leadership influence on youths gives a damning report of ergo, deception, Machiavelli tactics and fraud. Is this report intended to shock and demoralize our youths?

Rather, it will help youths think and make choices early.

If leaders throw morality and conscience away, what example do they present for the young generation that looks up to them as models.

But these leaders are always cheered you may say – pointer that they are doing good.

Cheering does not always indicate responsibility, reasonableness and decency. You can make a long list in history of leaders. Some of them cheered but become historical burden on their people.

Across the globe you find them.

When people applaud, some do so for selfish gain, foolishness or bigotry. Others do so for lack of knowledge, conditions close to fear or a disorder. If one may ask, what has the world gained for cheering “thieves” “murderers” and “sit tight overlords” for centuries?

A professor once describes a country’s diplomacy as “area boy diplomacy.” The fact that such mentality dominates the world scene does not provide good example for youths. Like street urchin, in the dark, some shamelessly urinate between cars on highway traffic, watching, thinking they are not seen.

Others say terrible things without apology and when they do, with a tinge of defiance.

As a way of life how ugly and shameful?

Remember that the way a pinnacle is seen can vary, but its snow coating in December is never confused.

NOW YOU CAN TRAVEL Part 2 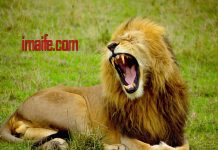