“It is active hand that turns a thick forest to a lovely home.”
This is simple and straight. It is action packed. But ones attitude can betray its acceptance.
“Would you like to reflect on the statement one more time?”
“Sure”
For that hand to be active, the mind drives it. The mind sustains the hand in action through pains. The skilled hand creates value. Men and women with this kind of mind turn literal forests to beautiful cities.
Are you one of them?
Greater is the conquest of the mind that moves the hands to action rather than mere excitement that ends in nothing. Action gets the inner forest and the literal forest conquered.
Is it true that unemployment is now in its lowest in Japan than the last 24 years? It seems their hands have been working!
Already excitement common at the end of year is on high. Wishes like rain are pouring. Like balloons of sizes and colors they fill the space. Wishes of incendiary kind for “enemies” hit ears  too.
But the greatest download  are wishes that herald unparalleled riches and wealth as the new year arrives. Simply proclaim that kind of “wish” on Facebook, or other social media platform, then, see how measuring “scales” crash in seconds.

In this ‘wishful’ jamboree, some will like to claim things houses, cars, monies, institutions built by other peoples and nations. Indeed, if these claims are honed in aspiration and work  – it will not draw any attention. Wobbly  manifestations of these wishes are of concern to  a curious youth. He sees an irony and then ask: where is the place of work, real hard work if “claim” alone takes precedence over effort?
Another queries: “Why has greed become so open that “claim” of pictures of stolen money, estates and things built by others is a rising occupation? Why should such claim extend to cars built in other countries? Are these claims from insurance companies? Don’t try to answer? It will conflate the matter under discussion. It is purely social.
As you claim and wish, spare little thought.
Wishes could flood and submerge unwary minds. It could becomes a chain that does not alter.
Social and cultural interlocks turn wishes to a living deity even in the face of its discernible limitations.
Expressing wishes is not new. It soothes. It reassures. It is a moral booster. Some say it is psycho-spiritual. It is abused too. But wishes can devalue to emptiness, deceit even fraud.
Yet, it occupies a large social space, dropping tentacles on what should occupy our individual space. It trumps up in the issue of our daily occupation.
Early childhood desires is to have a worthy occupation. Parents watch and help their children to advance such dreams.
In employment you are recognized by your occupation- a doctor, lawyer researcher and welder. Implicit in these occupations is what occupies the time and  life of the person.  In all these, training and skill so acquired are used for the development of self and society.
But have you observed that gradually, in some societies, some youths are degenerating to no skill, no work, no occupation generation. These youths hardly find it hard to occupy a space in anger and protest over anything and everything even in things they cannot do. Then, what is their occupation?
These youths have acquired a bat (Chiroptera) mindset. A bat is neither here or there. Like a bat some youths have developed the mind that limits their world and usher in ambivalence. Scant attention is given to learning. This warp mind makes their owners pay less attention to practical and skilled tutelage. Practical use of  the little learned is thrust aside. The maroon status leaves these youths on a journey of wasteful years – not belonging to the world of reality.  Yet, such youths give the illusion of grand success in nothing. A delusion?
In this condition, what do you call the youths occupation? What occupies them? They quarrel and fight over non essential issues that daily become their occupation. Where will this kind of status lead year after year?
As each new  year arrives, some youths live simply on the strength of good wishes like a rudderless ship headed to sea. It could arrive at its destination. But such arrival could be one of isolated cases where life astounds knowledge and wisdom. It is only reasonable to see  that action is involved in getting to a destination. The rudderless ship getting to its destination had some leverage  from natural sea waves – action. In a world of movement,  things are thought of and ensuing action leads to outcome.
Wishes are good but action changes the direction of things. Being occupied with noble goals instigate action and results. This is the human side of the story.
The challenge for youths and everyone at this hour and coming days is to ask a question. What will occupy one in the  days, weeks, months and year ahead?
If a house occupies a space, it has practical  value. If a space is a playground it serves a good purpose. When your work occupies your time it perhaps provides value or services. You reap a reward. When you offer yourself in service for others without expectation of any pecuniary returns, you could be happy. What occupies you is more than the immediate, some call it the real thing. Others say it is other worldly- spiritual.
Others will spend their youthful times dealing with controversies on ‘nothing’ and personalizing global issues in the false notion that only their argument will triggers world big event. You may have some point. But you may be far from being correct.
Do you know that historical events are not as snappy as they appear?
Like a smothering volcano, major historical upheavals are rooted in multiple and diversified activities over time before the bang you see.
It is for this reason that some are deeply interested in trends and longitudinal effects on current events. We call it “pattern and sequence”
Great value can occupy a large space in your heart while it lasts.
Make room for such things that will inch you farther in quality and character. In retrospect, what are the  things that can fritter your time and become your occupation?
Ask  yourself again, what  occupation  will largely determine the direction and perhaps outcome of things in the immediate and foreseeable future? Flurry of wishes may cause no harm but without action one repeats the generational anthem of doing the same thing in stagnancy year after year. Will that be your choice? Let it not be. A great wish!
Remember.
Greater is the conquest of the mind that moves the hands to work beyond mere excitement that simply  end in nothing. Action gets the inner forest and the literal forest conquered.

REKINDLE YOUR HOPE: IT IS YOUR DUTY 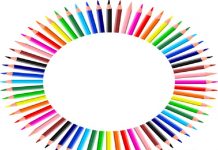