“They say it is a season of crowd!”

“What kind of crowd?”

“In countries with population bursting in its seams, it is not unusual to generate a crowd without effort. From armies of idle hands and minds, a crowd can easily sprout.”

“Do you mean that a crowd is a function of idleness?”

“Idleness, agitation, oppression, faith, fanaticism, poverty even curiosity among other things could strike a linkage to spontaneous crowd.”

“What about the location of the crowd?”

“Obviously, a large crowd is not easily generated in exclusive areas, be it political, religious, social or economic crowd. There are ‘natural barriers’ in place that does not allow such crowd.

It includes the housing system. Local laws and understanding evolving over time without input of municipal authorities. Also, there seems to be a convention among the elites that live in such areas. Have you observed that not many among them would in the course of driving stop and join a political or religious crowd? Even when a trickle is encountered, one may drive slowly depending on the road, take a look or listen, and off one goes.”

“Again, there is the psychological dimension of a crowd be it political, social, economic or religious. Does one tune in to the crowd psychology. Does fit one’s status?”

“You are still talking in the abstract.”

“Not really. Do you notice that you hardly see crowds in Victoria island, Lekki and in the big estates that span the city of Lagos? Apart from shows at the ocean beach, it is not common to see a large crowd there. Control could be a factor. There is the issue of enlistment. Who is going to make or join a crowd in such a restricted area?

“What happens outside the aforementioned areas?”

“It is different. In the city fringe where provision for daily survival hardly reside, people move even on top of trains to the hubs, sometimes aimlessly in expectation of ‘anything’ could happen over there. When you observe city flows, it is obvious movements are instigated by colonial past or recent outcrop of increasing poverty stalking everywhere.”

“You mean a crowd on a train – top of a moving train?”

“Yes. Crowd of young men on top of a moving train are seen in the morning hours and in the evening, some strapping themselves to bars and iron. They are ready to stone you if you dare to capture them on photo. Others are simply ‘afloat’, on top! You wonder how decency and safety deserted this space. Self-preservation and authority have suffered a defeat. Defiance!  You can only shudder as your eyes are insulted.

“What happens in these thickly populated areas?”

“A little music from a microphone could generate astonishing crowd eager to leap and lap anything, indeed, anything that ordinarily would not attract the attention of a puerile mind.”

“How does it bother you?”

“The reality of crowd generation is arguably a concern for discerning minds. It seems to prop unenviable culture of poor time utilization. Just think about where over 500000 vibrant young men put their energies to work for 5hours. Then reflect on the loss of GDP a nation suffers where her youths spend their days in empty hand raising, cheering and jeering.

It reminds of a joke of a political science teacher, Prof. O. He presents Marxist panacea in those days when such reasoning enraptured the minds of youths.

He would say that if he is given one month to govern one bloated African nation, his first task will be to engage all idle hands in building houses, railways, and roads. Every day, he will ensure that those unable to account for what they do, caught without identity, will be taken to where they will work for government and be fed and paid a paltry sum of money.

Students would ask if that is not dictatorship and forced labour akin to colonial past?

Prof O. would ask everyone to think and address the issue of idleness – failure to engage minds and idle hands sufficiently – as the main plank of his idea. Then, he would laugh again and say:

Wishes are not horses.”

“It is my joke, but a joke hitting and heating the undercurrent of the nature of things in your society!”

“In places where noise control is loose, and high decibel noise is shockingly a routine due to governance shortfall, crowd generation even at odd places becomes easy and normal.”

“But some like to see large crowd and even boast of it in this clime. Some say it is a decoy.”

“Do you read such a thing in political literature of Europe and America equating crowd to political acceptance and popularity? This may be the case in the 1970s and 1980s – years of ‘political socialization’ in the east and Asia where they showcase their youth wing groups and military hardware in their foremost centres and stadia.  It seems to be out of fashion these days for marches and parades where they boast their superior powers. How times change!”

“It is neither here or there in Africa. Here, we have a way of tweaking what is western, eastern and now Asian to something amorphous, sometimes deranged. From systems of law and politics to economy and religion we churn out some things that can be backwardly and scary.”

“They say “it is owing what you do”

“What is its outcome?” Something better than what comes from the original owners that can be called progress?

Many questions that have many answers.”

“Is that the reality you perceive?”

“The more one can generate a crowd the merrier for that one. A crowd puller is sought and praised.  It is couched, appellation for political, religious and business front-liners. Many of them take pride in numbers, pulled or polled in any instance in pursuit of their objective, wily or otherwise.”

“The issue is not what makes the crowd vulnerable to be pulled easily? What is the quality of mind that is easily pulled by a little strike or lure? Why are they at the locations where they are easily pulled?”

“What of “rent a crowd dimension?”

“When did it start?”

“This requires a careful research. They say it is a function of the collapse of morality in the system? Some persons argue that it is entrenched in the system from its colonial past to the present day. What has changed is the dimension. It is a daily business just as you have professional market activators that are at beck and call for a fee. Indeed, it is done these days for a penny so to speak”

“But bees crowd as well. Any lesson from bees that sting?”

“Why do you downgrade lofty discussions? From humans to bees, what’s the connection?”

“There are many types of bees. We are talking of bees known here, they produce honey.”

“But they do not live in towns. It is in beehive. That brings the idea of concentration of bees – beehive or a crowd.”

“But bees are busy, purposeful and instinctively wise in their search for pollination and food.”

“Is it not said ilobe ife anwu ji buu,  onwena onye ga alacha nmiri anwu–  if one contemplates the combination of what bees use to make honey one may not to lick it. Distant, reach and indiscriminate pickups are involved. Real work.”

“They know their locations, they pick up what they need and return to their hive. They do not answer all calls otherwise you will be seeing it at every location including your house all the time.”

“God forbids. You know it stings.”

“Yes, the crowd stings too.

“They deceive you, giving you good impression but the time for action you will see nothing. If you are sharing something free, they surge, but immediately it is finished and you settle for real business, they disappear. Can you see that bees are purposeful without a commander but human crowd sometimes act without……w”

“In season of crowding what can you learn from bees?

Who invites them to a location?

How do they detect from a distance a location for such gathering? How do they know permanent or temporary locations even one devised to capture them?

How long do they stay at any of these locations?

Are bees idle or busy in their crowding?”

No task is intended. But when you are done with this list, you may be challenged to a reflection on crowd and its culture in your society. 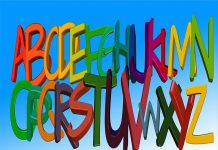