Bob Nester Marley’s “Redemption Song” was a global hit, at a time exuberant youths even some adults think that independence means liberation and democracy means development. Less than forty years, what a shocking find!

Sunny Okosun’s powerful war costumes, spears and emboldening lyrics in Papa’s Land – “Africa Cape to Cairo” queries colonial stranglehold on the states of southern Africa. Colonialism tinged is not crimson but deeper. Many are beginning to see that the future is always hazy and not in broad outlines for the wise to see the time, of a kind of fire within – a friendly fire.

It also shows that idealism and reality are not always sharing joyful encounters and celebrations. They are on collision but sometimes coalescence. It tells man one undeniable truth about limits in knowing.

Eric Donaldson nostalgically sings of Land of my Birth. The location, its languages and peoples are like a song playing in his head even though far away.

Aptly, in Babylon, the Jews refused to sing their location song in a foreign land when they realized it was simply to poke fun on the exiles.

What do all these songs have in common? These are songs about locations, peoples and countries.

Perhaps, there are other location songs you might have heard from old persons as you grow up but now obsolete. To be clear, this is about folks songs. These songs may not have been hits. But they are popular songs in local idiom, perhaps, not limited to a village. Do you remember them? What about the war songs in our recent history?

These missing songs go with locations not charted in maps. Songs mostly in the heads of our people, largely non literate people at a time even now. “Our books are in our heads” including songs that derive from our history. Often it perishes with that head. Then, these songs and stories fade into oblivion.

With eyes closed, and imagination doors open, crisscross your mind through the land scape. How many “atomistic societies”, so called ‘acephalous society’ locations songs you still remember?

A young boy sneers “our big men and women do not know these locations and their songs. At environmental meet they chair sessions in impeccable foreign languages – English or French. They discuss the snow split in the Antarctica. Its annual shift consumes their talk time. But when the clapperboard goes down, they return home like a confused prodigal without a sense of his genealogy.”

“What are the names of locations where they are born that suffers the same environmental blows like devastating gully erosion demolishing houses, destroying artifacts,washing out graves,(something touching human sensitivity) and making lives unbearable? Then, you have thrown a bomb! You would realize that arts and geography are difficult subjects in a way like atomic physics for unprepared students. Add another question – what songs are associated with such locations? Another surprise would give the impression that the topic has gone fully esoteric! Whaooooo.”

Boundary history has done a lot until history was cast into the bins by policy makers. Good students of boundary history are equipped to know locations and associated languages even songs.

A brilliant student of boundary history is watching a ministerial screening in an African state with over 250 languages. He wished being on the screening panel. He says jokingly “How interesting it would have been to ask each of the nominees to write or mention in three minutes, 30 seconds, 30 locations and their languages outside each nominees locale.” Certainly, that would provoke ‘something’ more than fire. Who will put it off?

What is the essence of his line of thought? Does knowledge of 30 locations and 30 languages translate to great knowledge? He goes symbolic.

How does one measure diversity electric jolts?

“He says in quiet moments and over time, the question would torment nominees brains and consciences to reduce being clannish. They need to be stirred and quaked by diversity. Diversity spin in decision making is great. Jolting the brain helps in remembering. Critical incident like that question could come handy in diversity affairs. It could check the inclination of those on the saddle who always think their villages and languages are at the epic-centre of the world. Although, one thinks local before ‘global’, both definitely interface. Single entry thinking is very limited in diversity decision making!” … 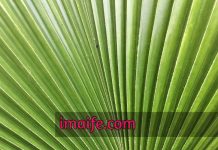 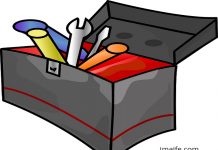