Effort at decent portrayal of hunting in environmentally conscious society of today is dicey. Words about hunters, hunting and zoo are soaked in vile images and remarks. Insipid jokes and caricatures snipe at hunters and hunting in a quest at erasing age long traces of admiration and honour. Hunters and hunting seem in a new age to have a new name! As humans gyrate in their so called civilization, they are quick to forget their primary level of development which is deep, capable of informing even leading to a synthesis or improvement in living today. Sometimes both genotype and phenotype are confused!

The hunter is hunted and kicked on the ass for reducing games. He is tagged. Ignoble tag is mostly for modern hunters. Ajo afa naegbu nwankita.

Even with this askance and opprobrium, we could still open a book for hunters of old we know. Maka asifa hapu akwukwo eji kpuchi ajoife na ukwu udala, tutulu udala lacha.

The hunter does more than search for games.Hunters of old with local guns, what kind of men? Briefly examine different sides of a hunter for insight.

Going on hunting is not a quick fix activity. It is planned. Many things are done before and during hunting. Like the military, a hunter carries reconnaissance. A hunter prepares his location for safety. He does his markings. He studies trees and fruits, their smells and chemical reactions. Do they itch, attract or dispel animals. When do trees shed leaves and produce fruits? Is it in the wet or dry seasons? What kind of animals eat such fruits? Are they seasonal animals like elephants, lions, Buffaloes that follow flooding plains and move beyond their territories?

Hunters can name tress with remarkable accuracy. Tamakpa is a luxuriant tree. Agee a hard wood with piercing thorns. Ago a yellowish tall tree. Aji one of the biggest soft trees. Its reddish fruits can be perceived from a distance. The tree is a rendezvous for animals. Agage and Ugege tress are outstanding. Humans savour their yellowish fruits. Besides, being edible, these trees are important for their heights.They enable streaming for monkeys and other animals.

It is said if you want the kill an animal you better behave like it. Hunters are adept at decoy. They have learned over time sizes of animal when alive, healthy, pregnant injured or dead. This is not very simple.

From their experience without watching National Geographic, they understand animal behaviours . Animals that sleep like humans at night but use early evenings for feeding and movements. Those that straddle on river bed, only moving upland during wet seasons. Those playing male and female roles and team leaders. Hunters can tell exact numbers of different herds of animals and their reactions if one is trapped. Fighters and cowards among herds and other vital statistics that support the real and devised.

Often, hunters are like a deep well ( Omi) digger. No one confidently disagrees with him on what he sees inside the well. He comes out from the deep alone with a license issued by himself and held by no other. He says things he can only invalidate. You know why? If you disagree, can you dare go down with him?

Hunters are known for their uncanny knowledge of the elements and animals. Their insight in seemingly normal things are amazing. Discuss air, breeze, wind, dew, showers, flood. Mention sun, moon and earth orbit and one would think a time is being spent in a science laboratory. How aforementioned determine movements, rest, sleep and migration of animals from a hunters perspective is far reaching!

Again, hunters exploit sights and sounds of animals in and outside their habitat. Sometimes, hunters tale of encountering strange animals and things. How do they come to this conclusion? By the way animals run, howl, bleat cry or respond to flash of light or instigated stimuli. Animals sizes, colours, shapes and aboriginals in a region also inform. Some hunters can speak animal ‘languages’, not ‘animal talk’.

All these could suggest something strange in the context of newness or a tinge of singularity that isolate the hunter as an initiate in a strange world of forest and animals. This makes a hunter a strategist in planing, speaking and execution.

Hunters are sometimes raised in communities seeped in ignorance, superstition and unhealthy fears. Yet, hunters are fearless, courageous and often exhibit naked bravery – okitikpa. They tear down blinds of darkness with their eyes, back their sleeping communities and remain cheerful as they glide in the dark confident of conquest. They go unperturbed. Their Idiosyncrasies often are laced with ascribed mystique and spirituality. Some hunters have disavowed this ‘see devil’ image. But it does not take away unusual roles their sport imposed.

When communities are threatened hunters come to their rescue. If a person strays or is missing in the forest, hunters lead the pack. Their ‘technical survey’ marking on trees becomes global positioning systems in search and rescue. Hunters know water sources, size and depths, where tributaries drain into larger waters in their territorial limits. They know fellow hunters in adjoining communities, and could impressed them into service at critical moments.,,/ cont, part 2

EKWUMEKWU :There is no Small War (Centenary poem) 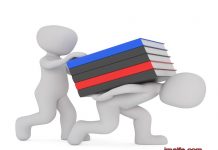 EDUCATION: THINGS YOU SHOULD KNOW