“Insight is not only found on a page” – imaife

Questions strike our minds ordinarily, intelligently and deeply.
Is your mind already on a chase to provide a solution?
It is normal.
But, just take a pause.
What kind of waves?
Regardless of the kind you know. It is important not to allow any of them roll you like a stuff in game machine. When you are rolled by waves, often, you loose your stability at least momentarily.

There are waves that easily come to mind. Others are not so common. But a bit of what and how of these waves could help gain entry even as far as the wavelength.

Wali, Wami and Wari know a lot about sea waves. Their names start with Wa – a shortened form of the word – water or wata. Whether Wa actually means water or “come” is not important. After all, from Gambia to  the creeks of Bakassi Wa is always heard. The fact is the trio live in the waves and sleep in the waves of the sea. They tell stories of waves and their diminution by ‘externality.’
This ‘externality’ is not of their making. It is handed over by  the seven sisters  and their local collaborators – comprador bourgeoisie. Over half a century greed is fire on the sea, the peoples and the environment. Not only the scientists and the people now talk of degradation of the sea, the sea in weariness speaks!

Scientists know so much about sea waves, light and radio waves. Still,  there are aspects yet to be known fully  about these  waves.
Some of the confounding waves are not only about the unseen, it includes the seen in plants and animals.

We know of the toxic radiations of Akwuebirisi tree. No tree can tower above it. Akwuebirisi tree ensures all trees within a radius lose their heights, heads even life at a point.
Science talk of plants chemicals.
Intriguing!

Akwuebirisi again is a wonderful tree. It allows other trees to grow nearby for a time. Then, it starts  using chemicals and  air waves to deal interminable blows. Call it distance radiation or  waves radiation, you are still very much at home.

But at what point does Akwuebirisi acquire its chemicals to radiate on ‘innocent’ trees? How does it reproduce itself? Are there trees that can withstand it? How long? What are the uses of its barks in the tropics? Those in West African tropics who allegedly speak to plants should as well speak to plant scientists to get the other side of the coin.

Insight often is not only found on a page – imaife.
More confounding are the waves from men. Call it rays, emissions, telepathy or other confusing esoteric propositions. The fact remains that such waves from men are unexplained empirically even reasonably by science.

OO may choose to write tons of books on this someday. He is at home with physics. But how does he explain empirically this phenomenon – ‘spirit’ dimensions of human waves? We await his interesting oeuvres on this complex phenomenon.

Take this example, how does one explain that a relative who has not visited for long embarks on a visit? Without  prior information one starts thinking even discussing such a person. Voila, he is on you! At this point you hear:
“You are a true son of your father.” “You will live long.”  “We are not talking ill of you” “We  ‘mean’  well.”

This phenomenon is likely to arise under different circumstances. A kind of discussion may be going on. It could be a low tuned talk(gossip?) about a person. The likelihood that such person may appear suddenly is not always ruled out.

Then the fellow appears.
“Talk of the devil”,  they say.
The frequency of such occurrence may not be significant. But it happens. Is it not compelling in the study of waves?
In different parts of the world and among races, this phenomenon occurs under different circumstances among  classes of people. What it means may vary amidst philosophical persuasions.
Then, how does science explain the foregoing?
Are they pointers to the limits of empiricism?
Any way, let us not deviate. We are still exploring the nature of waves outside daily scientific thoughts and practice.
Do not go into the spiritual for the explanation. We are aware of the, convergences, divergences and spins thereof. This is not the object of this effort. Simply go off yourself and see this as a kind of wave unexplained empirically. As we reflect on this, we appreciate again the limits of our so-called knowledge.

The waves of the sea are known to many particularly those who live by or  visit the sea. Water heights and ripples can be seen. Their sounds are varied. There is constant bang as water releases itself from a capture. This bang depends on water build up. The seeming rolls of waters amazingly unfurl at a speed, intensity and length. There are the inner and outer waves and ripples. Often, at the beach, there is this usual mind play to count number of times it unfolds in minutes. It excites. Curiously, there are times there is no bang.
Those, who lived through human carnage and destruction of our early years  cannot  be frightened by the bomb like sounds of sea waves. During this episode of our history, Dad would say “these soldiers did not sleep at all this night”. Sounds of gbim gbim gbim breathlessly eats up the night!

For those with contemplative minds, when they look at the sea, they imagine the depth, water volume, content,  ‘working’ and sustainability. In awe and mouth agape, something more than words erupt.
It is said that those who live by the sea understands its waves! This is  truer in the Pacific and Oceania realms where there are tsunamis of all kinds. Ordinarily, sea waves are said to have connection with earth gravitational pulls and the moon.. Waves are made possible by other seismic activities, including earthquake under the sea. This results in massive under water explosions and water buildup moving in  terrific speed and devastation on its trails.

In some  cases, those who live by the sea can “manage the waves” by observation. It enables them to take quick decisions and save their lives.
Would it be said that there is wisdom in watching the waves?
There is a German acquaintance, a sailor, later a ship Captain. Routinely he swims everyday even when he on land. Captain starts his day by swimming for at least 30 minutes. At weekends he goes to beaches to swim. Those who accompany him always worry about swimming when the waves seem to be high. But perspectives can vary. When he strangely emerges from the waves he would raise his hands in triumph. As he joins his party on the sands, he would say:
“I watch the waves.” “I manage the waves” “The Atlantic  waves and other waves”“It is possible because if you observe the waves,  reasonably,  you can manage them”
Often he does by crossing the turbulent waves  to the calm side of the ocean. Indeed, he manages his waves. Captain Si is not a miracle worker but by observation, reading and practical experience, he manages the waves!
Can you manage other waves?
You hear some one say “He had a brain wave”.  “It has gone”. Regrettably, some great ideas not necessarily being searched might have been lost. It could be a great line of thought of a writer. A frill of inspiration arising from experience as some  argue that brain waves hardly occur in a tabula-rasa – emptiness. However, since it comes and goes like waves of the sea, sometimes unsystematic,  it does not weaken the allusion to waves.
Another kind of waves is the world media systems. They are integrated into our lives. They unfurl as news break from east to west, north to the south. The news media is owned. It is objectively and subjectively used. The one who pays the piper dictates the tunes. The news waves are powerful. Are people helpless  as the waves hit them daily?
“You can manage the waves”,
Captain Si  words resonates. It reminds of a story. Pierre a fisherman was unable to manage his waves until his Lord came to his rescue. We may need help to understand our limitations in relation to the nature of and our capacity to manage the waves.
At the beach of life, ones readiness to observe beach lines is crucial. Not crossing ocean withdrawal lines can save a first time beach visitor even a beachcomber  from activities of waves. Ignoring such events  could lead to unhappy outcomes. Imaginatively, we can manage the waves that hit daily.

The Covid-19 pandemic is closely followed by a destructive war. Both show how news waves could pick, fold and unfurl  people out of reason and balance.

Unwittingly, it could be discerned from prevalent words how once conscientious persons around the world are adrift, smugly turning themselves to war paramours. Basic lesson in diplomacy and crisis is sufficient to help them understand that political actors can warily exhume all kinds of reasons to justify any war in so far as the omnipresent national interest is evoked. In war the good can be tarred, the ugly beautified, but outcome is always destruction. Where are  they now as the war rages? The war waves have caught up with them. What a pity.

It is little wonder our people say onye na amana agha na kpo ya agha.  -one who does not understand what is war simply calls it  war.
Agha nwa ngwele ama nne (1890s – 1912)  was the longest war in Nigeria against imposition of a social formation on the  people of Anioma, south of Nigeria. Such resistance means that the authors of the above expression on wars were not  fools. They knew beyond war theatrics.

Before the waves of war captures you, read the waves to avoid pronouncements you will later regret.
Apart from war waves there are internet tidal waves.
It captures many in unusual ways. The wise are sometimes caught for poor reading of the waves. They are sometimes victims of inebriating internet social media hand clapping. In its regular pull, many are ushered  to a broad street of disguised actors and dancers. The anima usually is not perceived until a burst. Then, experts/celebrities rise to sing “ Did I not tell you” whereas these experts/celebrities without conscience are indeed purveyors of the dressed poison sold as original breast milk of living mothers. They abated in confusing the unwary. Check economic loses via internet Ponzi schemes, promises of political, economic and social  El Dorados still drowning many. The waves!
Have you refused to read the waves and act appropriately?

We cannot always act correctly but acting incorrectly all the time questions our imaife and  discretionary powers endowed on all. Next time you read about the waves, ask which of the waves? Observe the waves as you have the ability to control the waves.
Imaife.com 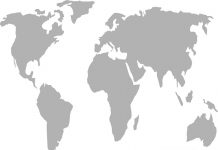 ETHICAL AWAKENING OR A DANCE IN A GREY WORLD 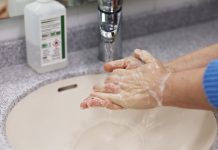